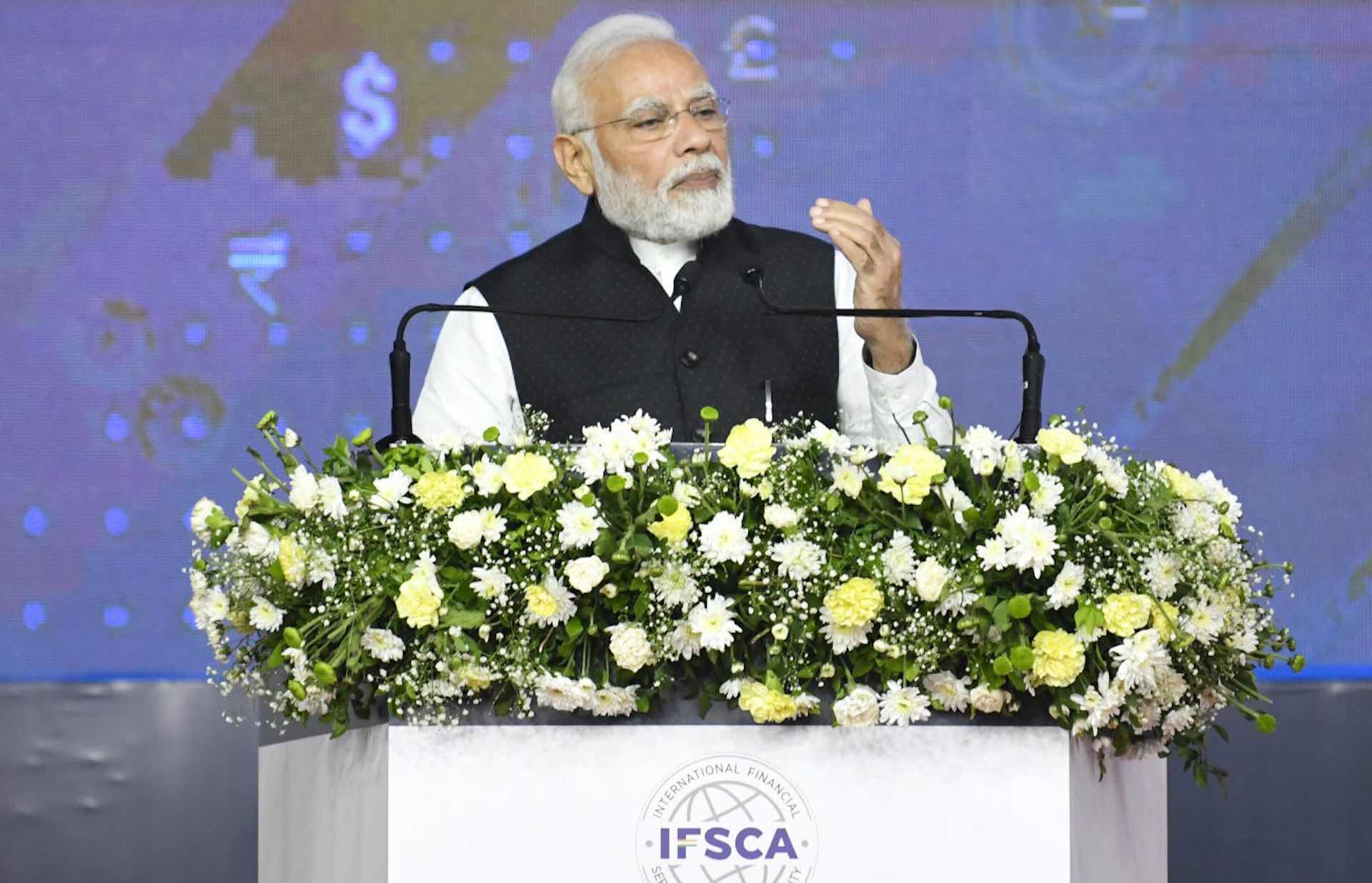 In his address, PM Modi said GIFT city has been established as a global hub for finance and technology services. India has now joined the league of countries like the USA, UK, and Singapore providing direction to global finance, according to Mr Modi. In addition to having an impact on gold pricing, India can also play a role in setting gold prices with the inauguration of IIBE.

PM Modi said the country has witnessed a wave of financial inclusion that is allowing even the poorest of the poor to take part in formal financial institutions. Hence, it is imperative that all government and private players work together to spread financial literacy. As a result of the IFSCA headquarters, Mr Modi expressed confidence that India would become an economic superpower within a short period of time.

India is one of the leading gold importers, so the IIBE will increase India’s negotiating power in gold trading, said Union Finance Minister Nirmala Sitaraman. On the occasion, Gujarat Chief Minister Bhupendra Patel was joined by Ministers of State for Finance, Pankaj Chaudhary and Bhagwat Karad.

In the presence of Prime Minister Modi, several new initiatives were announced, including the start of financial operations in India by three leading global banks: Deutsche Bank, JP Morgan Chase Bank, and MUFG Bank. The New Development Bank will also establish an Indian Regional Office in GIFT City. A number of memorandums of understanding (MoUs) were also signed with regulatory authorities in Singapore, Luxembourg, Qatar, and Sweden in the presence of PM Modi.

A state of emergency is declared over monkeypox in New York

After leaving South Korea with winds and rain, Typhoon Hinnamnor…